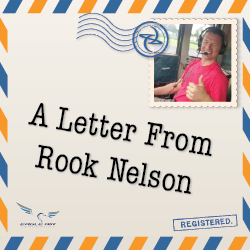 A Letter From Rook Nelson…

I wanted to take a moment and thank everyone for the support I’ve gotten since implementing the AAD requirement at SDC.   Many of our jumpers have personal walked up to me and thanked me for making the decision.   I have to be honest… I was slightly worried because we have a wide range of jumpers at Skydive Chicago.  Some of our veterans have been jumping for so long and grew up in a culture that didn’t have AAD’s as standard safety equipment.  Habits are hard to break sometimes.  Then there are some of our swoopers who don’t like to have them for safety in swooping.  I was expecting that there might be some push back when it came to making the change at SDC.   I do strongly believe this is a step in the right direction to enhance everyone’s safety and, truly, I am thankful for everyone, from veterans to swoopers and everyone in between. It seems that the whole Tribe has gotten behind this decision and helped support a culture of safety that keeps us all coming back to jump more and more.  For that, I am both happy and thankful to all of you who call SDC home.

In other jumping news, while the temperatures are certainly starting to cool down outside, there is still lots of jumping left in the 2019 season.   After the grueling weather plagued us this spring,  we endured and have had some amazing weather in the middle of the season.  As the last third of our year starts, I hope that it stays jumpable through the end of October!  With all the crazy weather this year, who knows.  It could be some of the best weather ever.  It just makes me want to remind everyone to be sure to stay on top of your game as its easy to become complacent later in the season.   Remember the Golden Rules of Skydiving and always know your limits.  As with the decision of making AAD’s mandatory at SDC, it is all about making sure we get to jump again and again and again.  After all, it’s why we are here… To Jump! 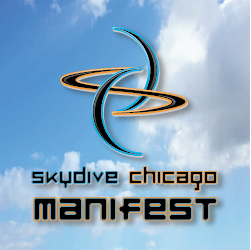 Hey, everyone!  It’s Shannon and I’ve got a few reminders for all of you out there.  First things first, I wanted to thank everyone for welcoming me so graciously in Manifest.  Taking the reigns right before a Summerfest was a little daunting, but our team is awesome and was ready for the challenge.  Thanks again to everyone.  I love this place and I’m so happy to be cranking it out for all our jumpers.

Now that we are moving into the fall, it’s getting time to check your jump numbers.  If you haven’t made your 50 jump minimum to stay in the campground, it might be time to head on out to the DZ and get a few in.  Those November jumps can tend to get a little chilly as you’re trying to hit your numbers.  Come on out and enjoy the weather and fly your face off!  We’re happy to manifest you and help you make your jumps.  I’ll be sending out reminders to those who are low on their jump numbers in the upcoming weeks as a gentle reminder.

One final thought for this month…  About a week ago, we had a jumper just walk to the plane and try to get on a load without manifesting.  They felt that the plane was going anyway and it wouldn’t matter if they hitched a ride to altitude.  I really want to stress to everyone that this isn’t a good thing to do.  Ever.  It’s not because they didn’t “check with us first” or that “Manifest is the controllers of who gets on loads”.  Wait!  It totally is that!

I hope you see my humor in my sarcasm but also realize that it’s a safety issue that I want to impart. It is critically important that we know who is on each load.  What would happen if you landed off or landed off and got hurt?  We wouldn’t know we have to go to pick you up or pick you up quickly as you might have injured yourself in an unfamiliar landing zone.  The list of reasons could go on and on but I’ll stop there.  Just know that Manifest wants to keep all of you safe out there and it starts with simply letting us know that you want to jump.  We will go out of our way to make sure that you do just that and make sure you have the time of your life at Skydive Chicago.  As Rook says, “That’s why we’re here!”

This year the weather has been, well,  you could say a little unusual.  I don’t remember so many east wind days or opposing upper winds.  We all know the issues with east winds (turbulence, shear off the hangar, etc.) but what gets rarely talked about is opposing winds.  But, what do I mean by “opposing winds”?

Opposing winds are when the upper winds (9k and 12k feet) are going in one direction and the surface winds (ground level and 3000 feet) are in the opposite direction. So why would this be an issue? We try and fly the airplane into the upper winds as much as possible. This keeps our jump run slow which allows more groups to get out in one pass.  This usually puts everyone upwind when they open up while jump run is moving away from their group. Once you open up you can start flying down jump run to make it back. The problem comes with the first couple of groups. They have to fly up jump run to make it back to the dropzone. We should all know that flying up jump run under canopy greatly increases your chances of a canopy collision:  So what’s the solution?

These steps shouldn’t just be used when there are opposing winds.  This is a good skill to have and build on every jump. Being situationally aware of jump run, your flight path, and who else is on your load could potentially save your life and someone else.

Thanks so much, everyone and feel free to stop me and chat about this anytime you want.

It’s been a year filled with wicked weather, great jumps, amazing events, and incredible memories made once again and we still have so much more season left!  SDC is a great place to come and leave the worries of the world behind while you jump and play and spend time with your sky fam because of the people and the facilities.

I don’t know how many of you know what goes into making SDC the destination that it is to so many people.  I mean, it just takes a lot to make the machine run is all.  One of those things is all the little things.  The little things like running trash and weed whacking and mowing and sweeping and all the effort and work that goes into Grounds Crew.  I am mentioning it not to try and tell you how hard I work but to build up to a point for which I am so very thankful.

It is worth it to me to simply use my time in this month’s newsletter to thank my staff of unrelenting workers who do all the dirty work behind the scenes.  You all make it easier and help make SDC an incredible place to call home.  I know I ask a lot of you and I’m thankful.  It’s not just the Grounds Team either.  My thanks go out to other staff members who come in early to help mow sometimes or close up for me when a pipe exploded and my hands are full dealing with that.  It’s the Unlimiters who help clear bushes and weeds with no thought of compensation.  They just do it to help.  I’m so thankful to get to work in a place where we band together to accomplish one goal… To make Skydive Chicago all that it can be.

So, from the bottom of my heart, thank you to all who have lent a hand this season.  I really do appreciate my staff, my friends, and visitors from around the world that come and help make this place better each and every day.

Thaaaaat’s Right!  COOKIE G4’s HAVE ARRIVED!  The long and anticipated wait is over.  You can come on in and try them on, see how they fit, and take one home today!  Stop on in and one of our staff will be happy to help get you into one of the safest and, let’s be honest, coolest helmets out there.
For the record, yes, we have all the other awesome helmets from amazing manufacturers too and Bonehead even has faster delivery times now.  Speaking of delivery times, other vendors like Vector, NZ Aerosports, and Wings also have improved delivery times and we are here to help get you the gear you want from the vendor you want.  Pop on in and let us show you that we mean it when we say that ‘we’ve got your back’ whether it’s a helmet, an altimeter, a rig, a canopy or even our new hoodies, long sleeves and jerseys that are on the way to help keep you warm on chilly fall nights by the bonfire.
Just a few more thoughts as we head into fall at SDC.  Rock Sky Market’s hours will follow the hours of SDC and be closed as the season starts to taper down.  Starting in October, we will be closed (like SDC) on Wednesdays.  Remember that, as always, the phone lines and website are always open now and on through the winter. Appointments can be made for custom orders, measuring, etc. at this location.
Finally, two of our staff members, Kasey Summers and Erin Fabing will be headed off on winter adventures this mid-October. Stop on in and say goodbye, give them a hug, or hit them up with a high-five!  They will be missed but they will be back in 2020 to keep helping you get the gear and service you need from Rock Sky Market.
Previous Post
Newer Post