Skydive Chicago’s original founder Roger Nelson was passionate about skydiving from the training techniques to equipment advancement, that he quickly became one of the sport’s pioneers in the early 1980s and on. His commitment to the sport led him to build one of the largest and most progressive skydiving resorts of its time called, Skydive Chicago. If you’re new to skydiving or looking for a place to make your first jump – there’s so much innovation and history about this Mecca in the Midwest, that we invite you to discover the top seven things you didn’t know about Skydive Chicago!

Skydive Chicago’s founder was the pioneer behind updating the industry’s standard training which was developed in the early 1980s. It is traditionally called Accelerated Freefall or AFF and it consists of only seven jumps. Roger was unsatisfied with this as there was much more to learn, and many students would quit after the AFF program. He was bound to discover a way in which to engage students longer while giving them more knowledge about body and canopy fight. 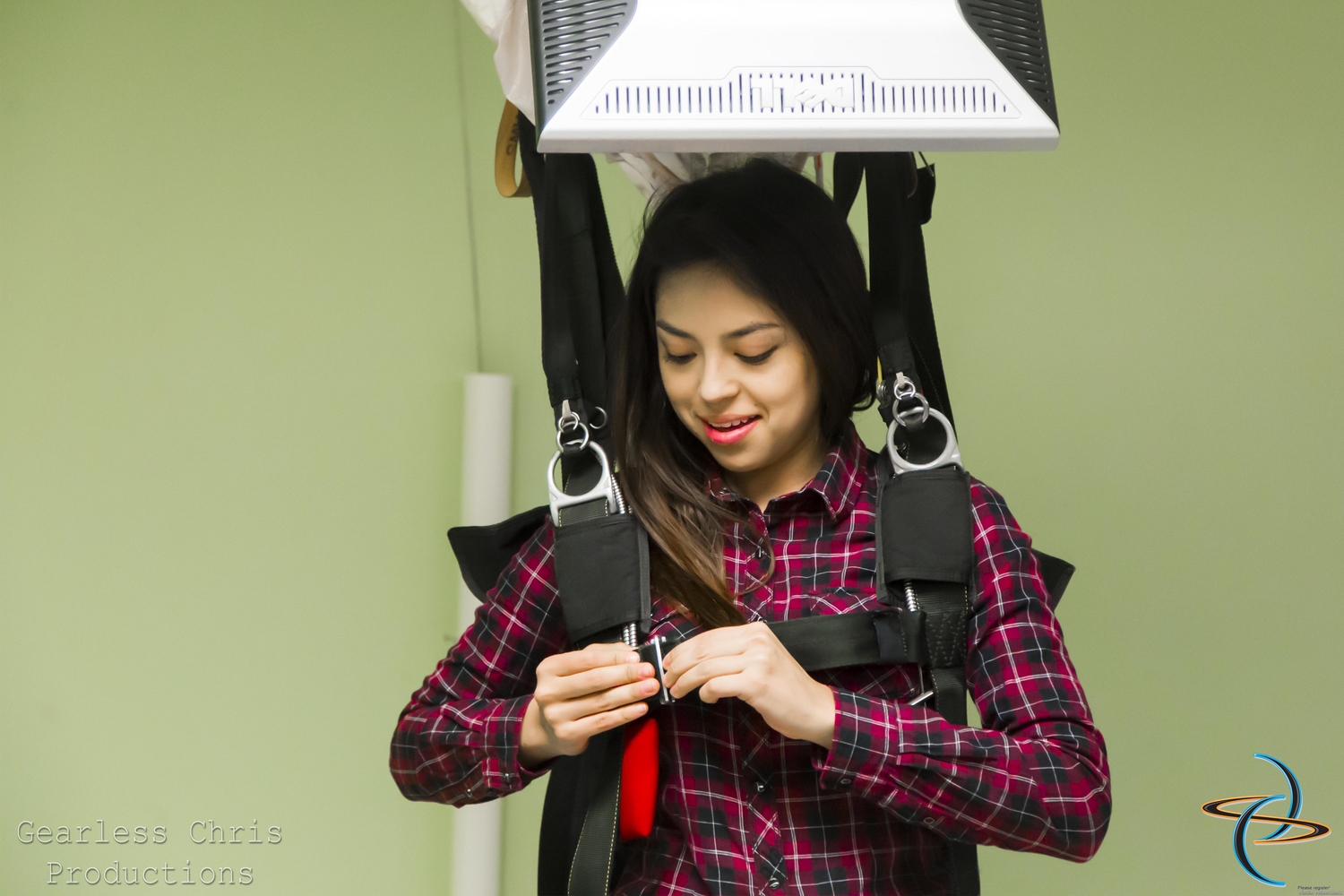 Thus, the 20 jump Advanced Freefall Program was designed in the mid-1990s. This program is continually updated to evolve with the newest training techniques so students get an in-depth program that sets them up for success in the training and staying in the sport longer. That is one reason why Skydive Chicago is proud to say many of its students have gone on to become instructors, competitors, and even world record holders.

Seriously! As we’ve said, we have an incredible student program that will set you up for success. We take you from a newbie tandem student to our AFP solo program, to your first A-License – then set you up with choosing the direction you’d like to take in the sport. Skydive Chicago is chock-full of professional coaches and mentors that can help you take your skydiving to the next level. Go from zero to hero here at Skydive Chicago!

Just as training was important to Skydive Chicago’s founder, so was the equipment used. Our founder was one of the first to start using square main and reserve parachutes for students (which was considered crazy decades ago, but is now industry standard), he started using modern parachute deployment techniques so students did not need to transition to different equipment once licensed (which was also considered crazy, but is now industry standard).

Skydive Chicago also cycles out its equipment every few years to students are using the most current equipment available.

Skydive Chicago is a private airport built just for skydiving, and our facilities reflect that! We sit on roughly 250 acres of land – most of which is open space for many parachutes to have space to land. And we have a custom-built hangar to house our aircraft, parachute packing, classrooms, offices, team rooms, cafe, pro shop, restrooms, an auditorium (for events) and more! We are also fortunate enough to have great land nestled up to the Fox River and have tent camping and cabins with a shower house, and a swimming pond so you can unplug from the city and enjoy a camping trip with your skydiving trip!

Skydive Chicago works alongside a sister business to support a large aircraft fleet. What does that mean? We can accommodate large groups for tandem skydiving and large groups for experienced jumper events!

Our most popular plane is the Twin Otter – a high-winged, turbine-powered aircraft that seats 23 jumpers. Our Twin Otters have been upgraded to the largest engines which means the climb to altitude is super fast! We are happy to boast we have the fastest jump planes in the midwest!

We are so fortunate to have a facility that not only supports our regular weekend and weekday jumping and local events, but we are big enough to host world records, USPA Nationals (which is the sport’s largest skydiving event in the nation), the World Meet (which we held in 2016), and our long-running ‘boogie’ Summerfest which draws nearly 800 people each year.

To some, this may sound overwhelming and sometimes intimidating because we are quite big. However, once you walk through the doors, you become like family because we are! From every tandem student to licensed jumpers, to the pros, you are welcome!

As our Mission Statement says: Skydive Chicago’s team is dedicated to excellence in customer service, facilities, and safety. Setting the standard through an evolving culture where goals become achievements, moments become memories, and friendships last forever.

Join us to discover not only more about why Skydive Chicago is the place to learn to skydive but discover more about the journey of skydiving!